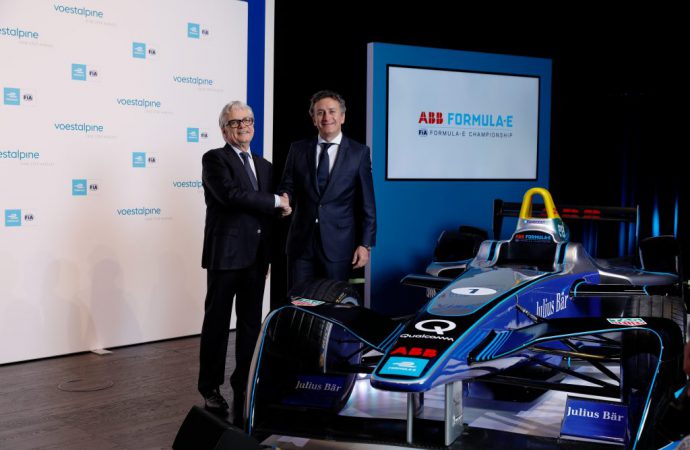 Formula E is working with Austrian technology, construction and automotive company, Voestalpine, to make advancements in electromobility as part of a new partnership.

The companies will work to “encourage technology transfer” between automotive suppliers, manufacturers and customers.

Alejandro Agag, founder and chief executive of Formula E, said the competition was the “most relevant platform to trial and test the latest technological innovations in the automotive sector”.

“Both brands have a shared strategic focus tailored towards dynamism, speed and creativity,” he added.

Since launching in 2014, Formula E has consistently championed the mass take-up of electric mobility. Its cars are charged by 0% emissions and 100% renewable glycerine fuel. By next season (2018/19), all races will be powered with 100% renewable energy.

“Both Formula E and Voestalpine are international pioneers when it comes to literally putting tomorrow’s technologies on today’s roads, and making them ready for series production,” said Voestalpine chief executive Wolfgang Eder.