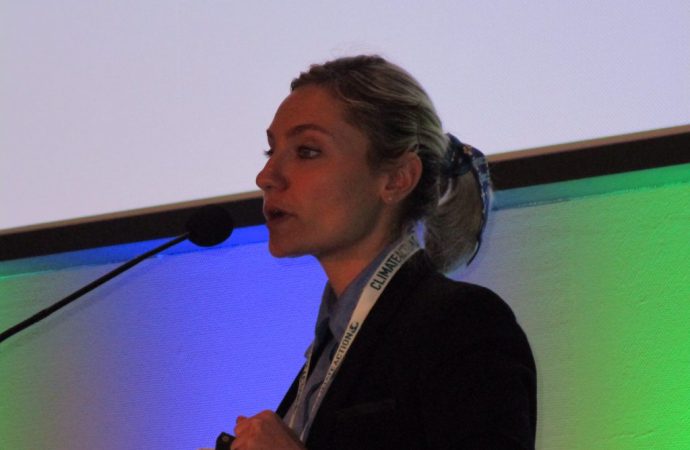 Julia Pallé, Formula E’s senior sustainability consultant, has been named as the new president of Sport and Sustainability International (SandSI).

Pallé was elected to the position at the SandSI General Assembly in Amsterdam, and laid out the organisation’s vision for 2019 to its members and other stakeholders in the sport and sustainability field.

She said that SandSI was moving “from institution to action”, breaking the strategy down into three areas – Inspire, Engage, Influence – and revealing the benefits that its 200-plus members would experience as part of that blueprint.

“SandSI was a baby and now it is a baby that is walking,” said Pallé.

Access to coaching, training courses, knowledgeable partners, workshops, databases with best practices and smart tools on the SandSI website were among the benefits unveiled by Pallé and her SandSI colleagues.

SandSI is also working to expand other resources, such as papers, articles and demonstrations of thought leadership as it continues to evolve.

In May, June and July, SandSI will pilot three webinars on the topics of ISO 20121 certification, carbon offsetting and the United Nations sustainable development goals.

“I’m really glad that we are here with this group to take SandSI into its next phase,” said Schreve. “The aim and the challenge that we have is to be disruptive and challenging, but also mature. I really look forward to creating this global movement to take us forward.”

During the General Assembly, members of SandSI presented a number of case studies reflecting on the organisation’s fledgling work.

Dr Hershkowitz explained details of its partnership with the NBA, in which it developed a campaign to encourage fans to lower their energy consumption through personalised SMS messages and an animated video starring famous basketball players. The campaign resulted in 300,000 views and fan behaviour data for the NBA.

Alongside Volvo Ocean Race, SandSI also embarked on a scientific data collection project that investigated the extent to which plastic was contaminating sea water. A project with Japanese sport for social inclusion organisation, Sport For Smile, was also demonstrated to delegates.