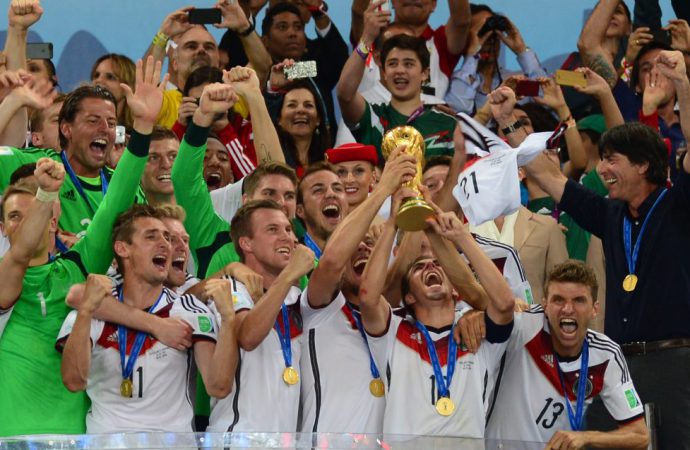 Bid committees lay out environmental plans ahead of the 13 June verdict.

A zero waste and carbon neutral FIFA World Cup has been promised by the bid committee hoping to bring the 2026 edition to North America, while competitor Morocco has revealed an innovative modular stadium strategy and eco-friendly transport plan.

After bid documents were submitted in late-March, the two-horse race to host the showpiece football event will come to a conclusion on 13 June when one will be selected.

Environmental sustainability featured heavily in both the bid documents, and whoever gets the chance to host the World Cup in eight years time – Morocco, or the joint bid between the US, Mexico and Canada – will have a lot of work to do to fulfil those promises.

While both bid committees pledged to meet the ISO 20121 sustainable events guidelines required by FIFA to host the tournament, it’s clear that neither wants to give up any ground by downplaying the importance of an environmentally friendly World Cup.

The US, Mexico and Canada have made concrete pledges about carbon and waste. Carbon neutral and 100% zero waste leaves little margin for error. Morocco has distanced itself from hard an fast targets, but has still presented a plan that includes a green economy blueprint and carbon offsetting initiatives.

The US, Mexico and Canada have made it clear: no new stadiums will be built specifically for the 2026 World Cup. All building work planned for will go ahead anyway, regardless of whether the bid is successful. All stadiums are currently being used, and all new facilities will be used following the tournament, so there is little potential for white elephants.

Among the host stadiums being proposed by the bid committee is the Mercedes-Benz Stadium in Atlanta, the HOK-designed home of the NFL’s Atlanta Falcons franchise and MLS club Atlanta United – the first stadium to receive LEED Platinum certification.

Building work will have to be completed in Morocco for its bid to stand up to scrutiny. Stadium infrastructure is not as mature as in North America, but the bid committee has presented a plan they think will keep environmental impacts to a minimum.

The six cities preparing to construct the Legacy Modular Stadiums are: Casablanca (at the heart of its Zenata eco-development), El Jadida, Marrakech, Meknes, Nador and Ouarzazate.

A commitment has also been made to develop all new build stadiums, training facilities and redeveloped venues to at least a ‘Good’ level of BREEAM certification, with bioclimatic designs, natural ventilation systems, LED lighting and water recycling options to be investigated.

Morocco has identified 2.3 million tonnes of CO2, 80% of which will be generated by travel, as the carbon impact the World Cup will have. Morocco’s central geography (minimising air traffic), a compact tournament plan and a low-carbon transport policy (public transit, bicycle path networks and eco-responsible vehicle fleets) will mitigate the effects, says the bid document.

A “carbon neutral tournament” is what the US, Mexico and Canada bid team will “strive” to deliver. Their plan to hit this target is three-fold: reducing all energy consumption, delivering energy more efficiently and supplying energy via renewable generation sources.

Zero waste is the name of the game for the US, Mexico and Canada bid, and its bid document has revealed five steps to the strategy: 1. Prevention; 2. Preparing for reuse (linked to the principles of the Circular Economy); 3. Recycling; 4. Other recovery; and 5. Landfill as a last resort.

If a supplier wants to work with Morocco 2026, their practices have to be in line with ISO 20400 standards – as well as ISO 20121. US, Mexico and Canada have pledged to source environmentally and socially sustainable materials for all operations, from the construction of overlay and upgrading existing stadiums, to food and beverages, cleaning and waste management, and apparel.

Both bid books reveal the commitment to offer sustainably sourced food to spectators. Morocco will make sure all food and drink suppliers will adhere to the strict environmental standards it will enforce for all procurement partners (see above), while the US, Mexico and Canada have the added pledge that excess food will be donated.

The Green Sport Alliance, the US-based body that promotes the power of sport as a catalyst for sustainability, will support the North America bid, while Morocco has created a Sustainable Development Committee. It will be headed up by bid president, Moulay Hafid Elalamy, and include sustainability experts Abderrahim Ksiri, of the Moroccan Alliance for Climate and Sustainable Development, and WWF Morocco’s Yousra Madani.

As part of its bid, Morocco has promised to preserve its status as the second richest nations when it comes to biodiversity in the Mediterranean basin. It claims to be one of the “few countries in the world to reverse the trend of deforestation” and wants to make sustainable development a “lever for the development of a green and inclusive economy”.

The construction of the Grand Stade de Casablanca will result in the unavoidable felling of eucalyptus trees, but this will be compensated with the plan to plant two eucalyptus trees for every one that is destroyed.

US, Mexico and Canada will undertake an extensive monitoring, measuring and feedback process for environmental impacts. A “smart system” will be developed to collect real-time data across venues to “aid accessibility and transparency” and “support proactive decision-making around energy, waste, water, transport choices and other operations”.

See the full contents of both bid books here