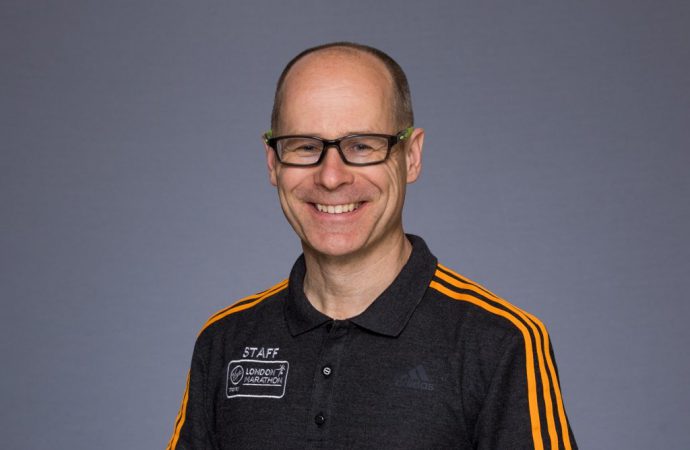 Representatives from three of the world’s largest marathons discuss the challenges with keeping the events environmentally sustainable – and how they plan to mitigate impacts in the future.

To lead the way in mass participation events and sustainability. That’s the ambitious target Hugh Brasher has set London Marathon Events, the organiser of the annual race that welcomes more than 30,000 runners to the UK’s capital every year.

Brasher knows that “glib statements” are easy to utter. Fulfilling the objective is an entirely different matter – particularly when overseeing an event that is logistically extremely complicated. That’s why Brasher has put together a sustainability working group to conduct a detailed audit of the race’s recycling chain, the environment and its suppliers before laying out a blueprint to achieve that goal.

Kate Chapman, the sustainability expert who worked for the London Organising Committee of the Olympic and Paralympic Games (LOCOG) ahead of the 2012 Olympics, has been employed to aid the working group to make sure the plan “stands up to any rigorous examination”.

“We are spending an enormous amount of time looking at sustainability and the environmental impact of the marathon, and we want the working group to come up with innovative ways to reduce, reuse and recycle more of the event, so to speak,” Brasher tells SSJ.

“But you’ve got to be really careful about sustainability. You’ve got to start looking at your environment, your suppliers and a myriad of things you don’t necessarily look at first.”

Brasher hopes that the plan will be finalised by the end of the year, but admits he is “mindful of the complexities” of implementing such a plan, and will only sign it off once all potential impacts have been properly researched.

For the 2018 edition of the race, compostable cups were tested out from drinking stations north and south of the River Thames to see how they impact the clean-up operations, which is usually dominated by discarded plastic bottles.

Despite the complications of working with several different partners and boroughs, Brasher is encouraged that “people have the mindset to do things differently now”. The catalyst for this? A number of factors, says Brasher, but he points to the broadcast of BBC nature series Blue Planet 2 – that shocked viewers be exposing the effect of waste plastic on marine life – as a potential turning point for UK residents.

“This categorically isn’t the only thing,” he caveats, “but if you’re looking for one moment where conversations around sustainability became easier, you have to say the impact of that programme has been enormous.”

Brasher adds: “Are people looking at the environment in more detail? I absolutely believe the answer is ‘yes’. Society, I believe, is considering the planet a lot more carefully now and how we’re using its resources.”

Marathons by their very nature are not conducive with eco-friendliness. Lots of people using various forms of transport – from aeroplanes, to cars, to trains – to congregate in one place. Plastic bottles and other waste being discarded on the ground by exhausted runners. It makes for a cocktail of carbon emissions and landfill items.

But several marathon organisers are leading the way through innovative projects designed to mitigate these factors and offset them with year-round projects.

In 2016, the New York Road Runners (the organisers of the New York Marathon) partnered with non-profit green space foundation, Trust for Public Land, to invest $1m in building three green playgrounds for the local community on derelict land.

The playgrounds include walking tracks and a number of trees for shade and air quality. Another four playgrounds are expected to be built across New York’s five boroughs over the next few years.

New York is the world’s largest marathon for participants, welcoming around 50,0000 runners each year. Initiatives like the Trust for Public Land partnership are all well and good, but much has to be done to mitigate the race’s impact on the environment during race weekend.

And strong partnerships is the name of the game.

“Last year we donated 118,000 pounds of leftover clothing to Goodwill Industries,” explains Caitlin Cunningham, event development and logistics manager at New York Road Runners (NYRR). “And we work with Royal Waste Industries in Queens who do all the trash recycling for us. Within their facility they strain all of the garbage and pull out all metals, cardboards, garbage bags and plastic.”

On top of that, the NYRR donated 109,000 pounds of food waste to City Harvest, the non-profit that feeds homeless or economically deprived New Yorkers.

Cunningham adds: “We are always trying to become more sustainable. Next, we’re looking into increasing our compostable options. We don’t have that many compostable bins, so that’s something we want to improve.”

Calling in the experts

Sometimes a project is so big that you have to call external experts in. Despite not having as many runners as New York or London (although 24,000 runners is still a significant number), the Los Angeles Marathon has the added logistical complexity of stretching through several districts with different arrangements when it comes to recycling and waste hauling.

Environmental consultancy Three Squares Inc. was called in to develop the sustainability plan for the 2018 edition of the marathon, which starts at Dodger Stadium (the home of Major League Baseball franchise LA Dodgers) and ends in Santa Monica, taking in Hollywood, Beverly Hills and Brentwood along the way.

Three Squares Inc. has all the credentials: the company devised the sustainability plan for three consecutive Democratic Conventions (2008, 2012, 2016) and worked with former US vice-president Al Gore’s Climate Reality Project.

Jaime Nack, chief executive of Three Squares Inc., tells SSJ: “Logistically it’s really tough. Each region has its own contracts in terms of landscaping and crews that make sure the streets and public areas are clean. We probably talked to around 20 different entities involved in the clean-up and set-up of the marathon.”

To be most effective, Nack focused the consultancy’s efforts on the start and finish lines. Similarly to New York, the start line was littered with discarded clothing, which was collected and donated to homeless mission. While at the end of the course, unused heat sheets – which were distributed to runners to neutralise their body temperature – were also collected and donated to the homeless.

However, the headline goal for 2018’s marathon was to divert 75% of waste away from landfill. To do that, Three Squares Inc. set up a number of eco-stations – three bins devoted to recycling, compost and landfill – with clear signage and a volunteer “manning each station to educate runners”.

Logistical complexities aside, Nack stresses that keeping marathon’s sustainable can be as easy as doing a small number of things well and consistently – as long as someone creates a plan.

“There are certain aspects of sustainability that are fairly easy to arrange if you’re the organiser of a marathon that could lead to a very positive impact, like the donation of clothes or the donation of heat sheets,” she explains.

“I think what people don’t realise is if you don’t have a plan for those items they do go to landfill. It’s almost criminal in my mind to send perfectly good clothes to landfill when you could send it to a homeless shelter. We used two huge dumpsters set up for heat sheet recycling. Runners just threw them in when they finished and we recycled so much aluminium. It sounds easy, but it requires someone to own it, to set up that dumpster, put signage up and develop a plan.”

Nack adds: “I would just encourage other race organisers that it’s not only the right thing to do, but it is possible and doesn’t take that much effort and energy to make sure things get done right.”