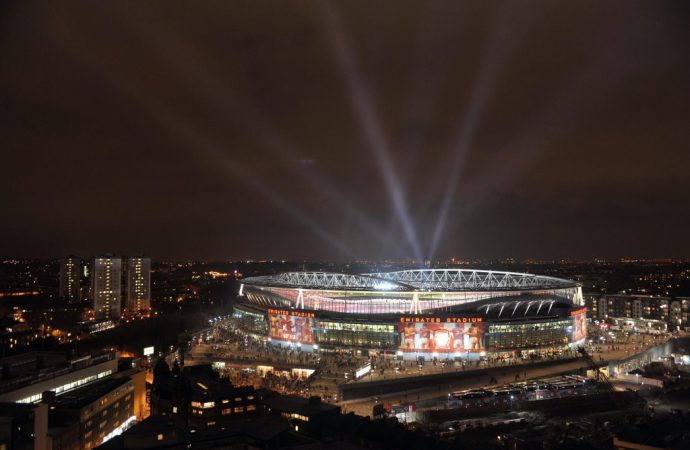 In 2016, the Premier League football club signed a long-term partnership with renewables specialist Octopus Energy to divert the venue away from using carbon-based energy.

We’re now at a time when every club should be asking itself why it’s not going green, rather than whether it should – Rebecca Dibb-Simkin

The stadium is run on solar power, wind and anaerobic digestion (which turns food waste into energy). Arsenal are the first professional football club in the UK to use 100% renewable energy at their home stadium. The club’s training centre, London Colney, and youth facilities at Hale End also avoid carbon-based energy.

“This partnership is an extremely positive step to improving our contribution to environmental sustainability,” Arsenal’s chief commercial officer, Vinai Venkatesham, told The Sustainability Report. “Both parties have an absolute commitment to creating a greener future, and together we can help spread the sustainable message.”

As part of the partnership, the companies launched a tree planting initiative, with 1,500 trees planted in communities and schools.

Octopus marketing and product director, Rebecca Dibb-Simkin, revealed that Arsenal’s progress has caught the attention of other professional sports clubs by demonstrating that zero-carbon energy “doesn’t have to cost the Earth” and can “become the new normal”.

“We’re now at a time when every club should be asking itself why it’s not going green, rather than whether it should,” said Dibb-Simkin, adding: “With the UK renewables industry producing an incredible amount of energy every single day, even a stadium the size of Emirates is a miniscule requirement to supply.

“We’d encourage anyone to look at using green energy no matter the size of the facility.”

Arsenal’s sustainability work doesn’t stop there: London Colney has a water recycling system that takes water that runs from the pitches and recycles it to be reused for further irrigation. The system helped save six million litres of water in 2017.

The club also recycles 75% of matchday waste, including plastic, cardboard, food and grass. Food that is still edible is distributed to local charities.