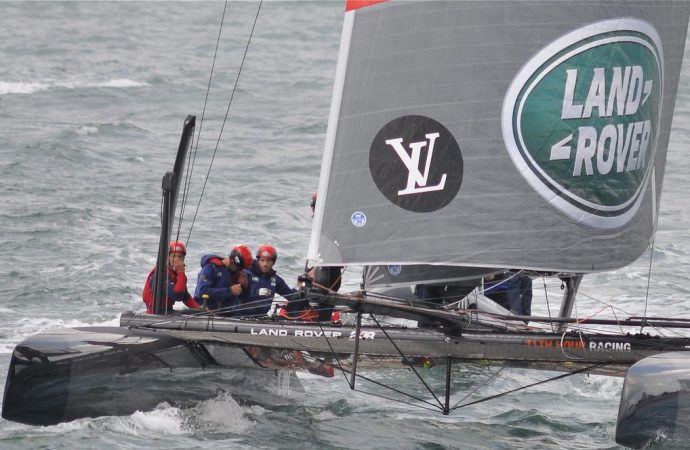 The racing team of Sir Ben Ainslie has parted company with its exclusive sustainability partner after receiving investment from Ineos, a chemical, oil and gas company associated with fracking, SSJ can reveal.

Ineos has replaced Land Rover as the principal sponsor of the sailing team, investing £110m to challenge for the America’s Cup in 2021.

It is the biggest ever America’s Cup investment made by a British team.

But exclusive sustainability partner, 11th Hour Racing, will not be going along for the journey, with the four-year relationship coming to an end.

In a statement made to The Sustainability Report, 11th Hour Racing co-founder and strategic director, Jeremy Pochman, said that the company was “disappointed” that their work would not continue together.

“Our partnership with Sir Ben has been gratifying,” said Pochman. “Together, we advanced solutions to protect and restore the health of the oceans as well as built global awareness for the role our oceans play in sustaining a healthy planet. We are disappointed that we will not continue to work together. However, we continue our mission, establishing relationships within the sailing and maritime communities, and will continue to use sport as a driving force for positive change.

“We wish Ben and his team the best as they move forward with their next America’s Cup campaign.”

Ainslie’s team, formerly known as Land Rover BAR, had worked with 11th Hour Racing since 2014, through its 35th America’s Cup campaign in 2017.

The pair also published a report in January 2018 to reveal results of a sustainability project the team undertook from the end of 2016 to July 2017 when staying in Bermuda.

Half a tonne of food waste was diverted away from landfill. It also built 194 solar panels in Bermuda’s National Museum to offset its carbon emissions.

During the trip, Ainslie said: “We have put sustainability at the heart of everything that we do at Land Rover BAR since we launched the team, with exclusive sustainability partner, 11th Hour Racing back in 2014.

“We set ourselves the goal to become one of the world’s most sustainable sports teams and now we have brought our learnings out to Bermuda and feel it is important for us to leave a lasting legacy behind.”